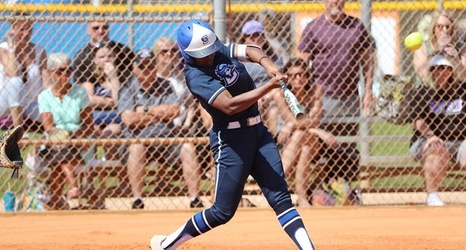 MADEIRA BEACH, Fla. -- The Creighton softball team split a doubleheader with Niagara on Wednesday afternoon at the Madeira Beach ROC Complex. The Bluejays defeated the Purple Eagles in the first game, 8-1, before falling 13-8 in the second game of the day.

Creighton moved its season record to 12-11, while Niagara pushed its win-loss mark to 3-6.

The Bluejays hit three home runs and limited the Purple Eagles to just three hits during Creighton's seven-run victory in game one.

Kiara Mills launched the Bluejays' first home run during the top of the first.