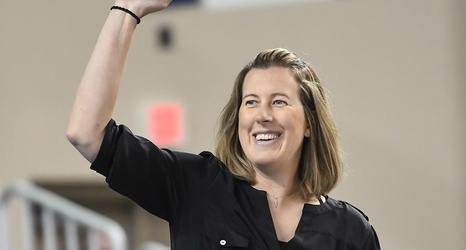 OMAHA, Neb. -- launched a walk-off home run with two outs in the bottom of the seventh inning to help the Creighton softball team split a doubleheader against St. John's on Saturday afternoon at the Creighton Sports Complex. The Red Storm earned a 3-2 win in the first game of the day before the Bluejays' claimed a 4-3 victory in the second contest.

With the scored tied at 3-3, two outs and the bases empty in the bottom of the seventh inning in the second game, Mills fouled off the first pitch of her at bat.