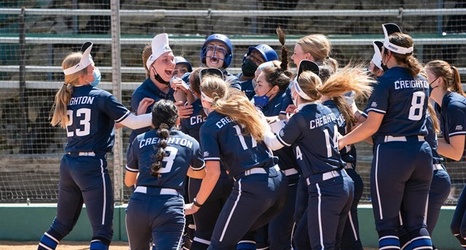 OMAHA, Neb. -- hit a three-run walk-off home run over the left-center wall to help the Creighton softball team earn a 12-9 victory over St. John's on Sunday afternoon. The victory also propelled the Bluejays to a series win over the Red Storm after the two teams split a doubleheader on Saturday.

The two teams combined for 21 runs, 28 hits and four half-innings with three runs scored during Sunday's contest that lastly nearly three hours before the Bluejays won the game in their final trip to the plate.