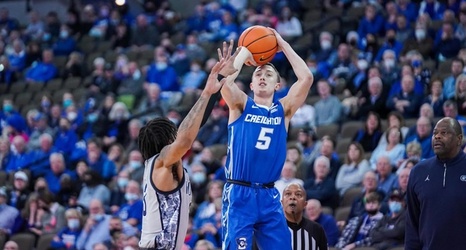 O'Connell competed in the Applebee's Team Shootout to start the night, but his team did not hit the four baskets (lay-up, free throw, three-pointer, half-court shot) within the 24.