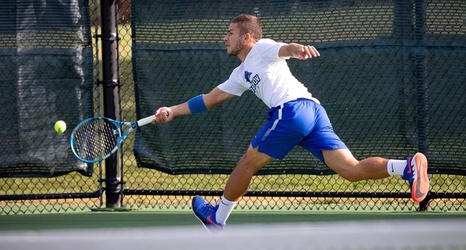 OMAHA, Neb. -- The Creighton men's tennis team battled DePaul in a close contest, but the Bluejays fell to the Blue Demons, 6-1, on Friday afternoon at the Hanscom Tennis Center.

Creighton moved its season record to 1-4, while DePaul improved to 3-5.

Creighton recorded one win during doubles play. and claimed a 6-2 victory during the No. 2 doubles match just moments before DePaul sealed the first point of the day with a 6-4 win at the top position.