Men's Basketball To Play in FS1's All-Access Game on Sunday vs. Xavier 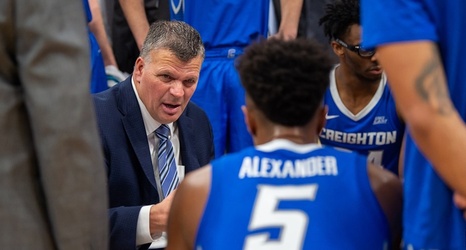 NEW YORK – FOX Sports continues to grow its college hoops all-access telecasts, this season featuring four games from three of the nation's top conferences on FS1. Over the next few weeks, FOX Sports once again showcases BIG EAST men's and women's programs in a one-of-a-kind, commercial-free format, while also expanding the program to include one men's game each from the Big Ten and Pac-12 conferences.

Each head coach wears a live microphone, giving viewers the chance to hear directly from the sidelines and locker rooms from tipoff through the final whistle with virtually no interruption.