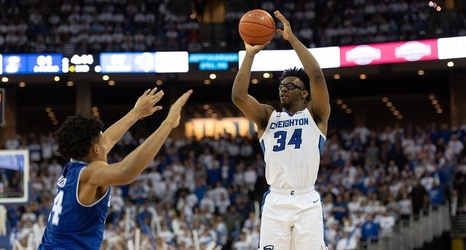 SIOUX FALLS, S.D. – The Creighton men's basketball team is part of an elite field of men's college basketball programs that will compete in the Bad Boy Mowers Crossover Classic at the Sanford Pentagon, November 25-27. Creighton will open its 2020-21 season in primetime on ESPN2 at 6 pm Central against Utah in the first match-up between the teams since 1941.