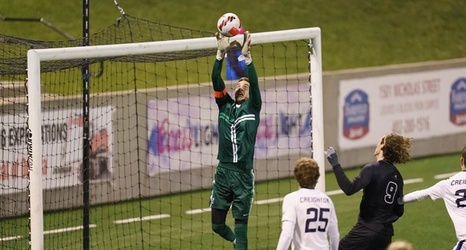 Creighton's goalkeeper, Kruse, closed out the 2021 campaign with a 1.