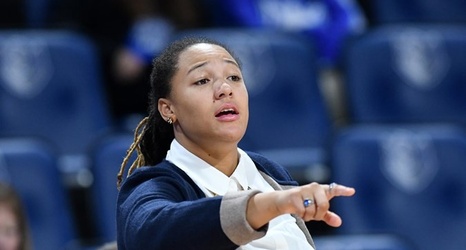 A nine-year coaching veteran, Reese comes to Omaha after spending the past five seasons at Saint Louis University (SLU). During her time with the Bilikens (2015-16 to 2019-20), SLU went a combined 102-62. In each of her first two seasons (15-16 & 16-17) SLU closed the year with at least 25 victories, reaching the second and third round of the WNIT respectively.