Bluejay Women's Hoops Looks to Rebound Against Xavier on Friday 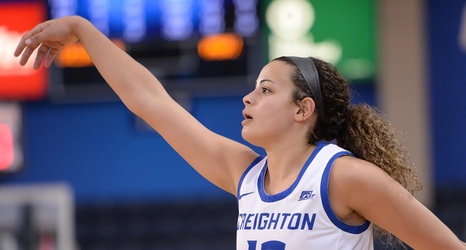 Omaha, Neb. -- Happy to be home, the Creighton women's basketball will battle Xavier on Friday as the Bluejays begin the final two games of the first half of BIG EAST play.

Download the complete preview (PDF). Series with Xavier: Bluejays Lead Musketeers 10-2
Creighton holds a significant edge on Xavier since the two became BIG EAST foes with 10 wins in 12 contests. The Bluejays have earned a win in each of the six meetings in Omaha. Despite the Bluejays decisive edge in the win column, the Musketeers have been more than competitive, twice forcing overtime and falling by just one point in Cincinnati last season.