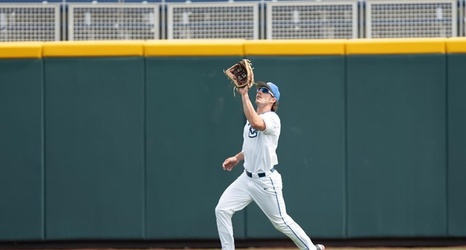 Omaha, Neb. -- For the third consecutive game the Creighton Baseball team posted a decisive win over Villanova, collecting an 8-0 on Sunday, April 11 to sweep the weekend. The Bluejays outscored the Wildcats 27-2 during the three-game set.

Creighton moved to 9-7 on the season and 3-0 in BIG EAST play, while Villanova fell to 12-5 overall and 0-3 in conference action.

The Bluejays return to the diamond on Friday, April 16 as Creighton hosts Connecticut in a four-game series beginning at 6:00 pm on FS2.