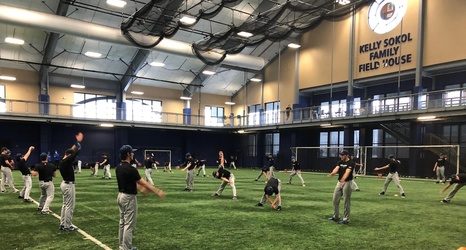 Forced to open the season indoors due to standing snow and conditions near freezing, the Bluejays used the indoor practice facility (the Rasmussen Center) as well as the batting cages at the Kitty Gaughan Pavillion.

Last season Creighton was the BIG EAST Regular Season and Tournament Champions, closing the year in the NCAA Regional Final against Michigan. The Bluejays finished the season 41-13 overall record and 14-4 in BIG EAST.