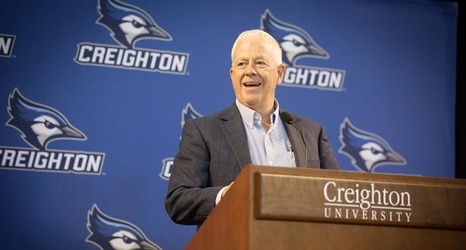 OMAHA, Neb. -- After 50 years in education, including the last 41 at Creighton University, McCormick Endowed Director of Athletics Bruce Rasmussen has announced that he will be retiring, with his last day on August 16, 2021. Hired as Director of Athletics on August 1, 1994, Rasmussen's impact on the Creighton and the Omaha community has been immense.

In his 27 years as athletics director, Creighton has risen to national prominence with its success inside and outside the lines of athletic competition. The Bluejays have won 43 regular-season conference titles and 43 conference tournament titles, graduated outstanding young women and men, built new facilities for nearly every sports program, and celebrated record-breaking fundraising campaigns.