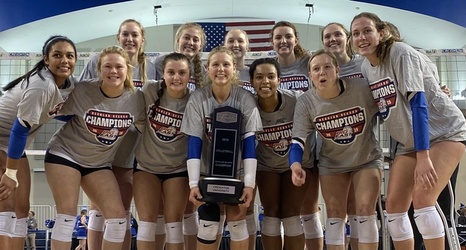 OMAHA, Neb. -- The No .12 Creighton volleyball team secured a share of its sixth consecutive BIG EAST regular-season title with a four-set victory over No. 9 Marquette on Friday night at D.J. Sokol Arena.

paced the Bluejays with 18 kills and added 10 digs for a double-double. Keely Davis posted 12 kills as Creighton ended the match with a .270 hitting percentage.

The Bluejays held Marquette to a season-low .078 hitting percentage.

Creighton concludes the regular season against DePaul on Sunday at 11 a.