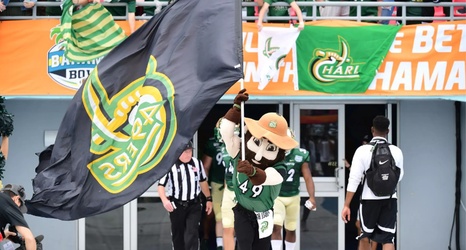 The 2019 season was one that 49ers players and fans won’t forget as it was the first winning season and bowl appearance in program history, as well as Will Healy’s first year calling the shots. The 49ers rallied from a 2-5 record and won five straight to close the regular season before falling to Buffalo 31-9 in the Bahamas Bowl. A team whose senior leaders headlined the starting lineup is losing a lot of talent, but with a solid core returning, a stud at QB, and the best recruiting class in school history on the way, things are trending up in the Queen City.