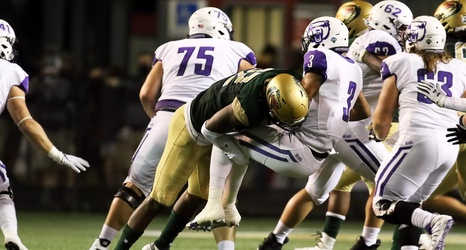 Even though Western Kentucky started a new quarterback, UAB’s defense didn’t flinch, as they took it to the Hilltoppers on Saturday at Legion Field.

The Blazers held the ‘Toppers to only 250 total yards, including 162 passing, keeping the Blazers’ streak of allowing less than 200 yards passing to every opponent they have faced this season alive.

UAB’s defense forced four turnovers, generated five sacks and the punt return team blocked a punt for a touchdown to really put the game away.

Brycen Lucero and the offense did just fine on Saturday, highlighted by a career long 71 yard touchdown rush by DeWayne McBride but it was really all about the defense on Saturday.