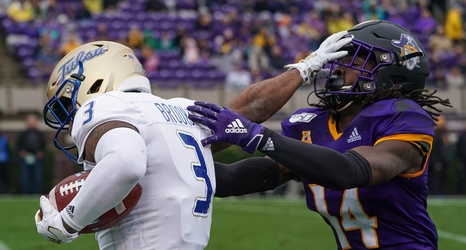 Tulsa was a team all year struggling to score but they had no issues on Saturday against an awful ECU defense. Zach Smith threw for a career high 5 touchdown passes, the Baylor transfer tore apart ECU as he went 21-30 for 331 yards with those 5 touchdown passes and his only blemish was one interception.