Three things we learned from the AAC in Week 13 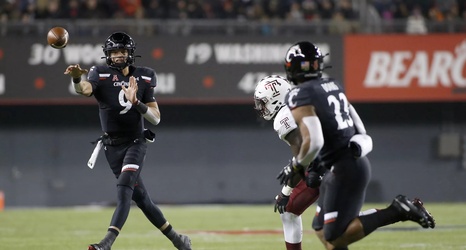 We received some clarity on Saturday. Cincinnati and Temple battled this weekend, and a blocked extra point was the difference. Memphis and Navy kept their championship game hopes alive, and Houston played good defense. Week 13 was fun.

The Bearcats played a tough game with Temple on Saturday, but found a way to win and clinch the AAC East title. Cincinnati needed to win just one of their final two games, and they got to it sooner rather than later. Their defense provided the winning score by blocking a Temple extra point and returning it for two points (the final margin of victory).