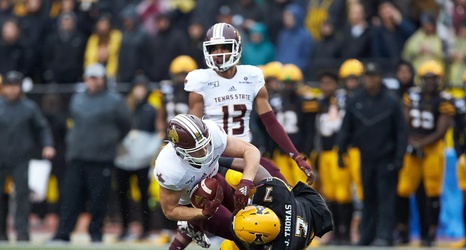 Separated by only 30 minutes of highway, the Texas Longhorns and Texas State Bobcats have met only once, in 1930.

That all changes when Texas hosts their distant cousin to the south in 2026.

The Bobcats will travel to Austin on September 5th to take on the Longhorns in Darrell K Royal Memorial Stadium.

Texas State has not defeated a Power 5 conference opponent since beating Rice 31-6 in 1986 when the Owls were a member of the old Southwest Conference.