SMU downs Tulane 37-20; Both Teams Looking Ahead to Bowl Season 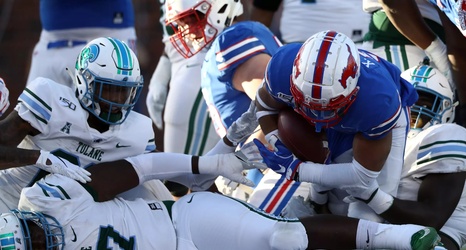 SMU and Tulane closed out their regular season schedules on Saturday both eyeing bowl bids this week.

SMU opened the scoring early in the first quarter with a beautiful TD catch from Myron Gailliard and led the whole game ending with a final score of 37-20 over the Green Wave.

Following an athletic interception from Tulane Safety Larry Brooks and a subsequent Tulane fumble, Shane Buechele connected with Kylen Granson to extend the SMU lead to 14-0.

The SMU special teams made a difference Saturday blocking a field goal and later on recovering a muffed punt deep inside Tulane territory.