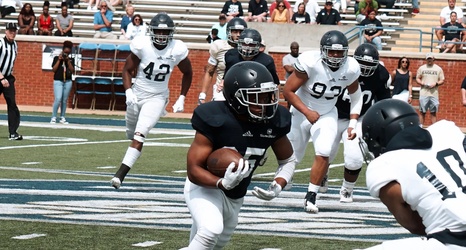 Andrew Cunningham, a former three-star running back, announced on Tuesday his intentions to leave the Georgia Southern football program.

“I want to thank Coach [Chad] Lunsford and the rest of the coaching staff for giving me the opportunity to play at the next level,” Cunningham said in a tweet. “After much consideration, I will no longer be attending Georgia Southern University after this semester and will be exploring other options.”

In the 2018 recruiting class, the running back from Tampa, Florida was a National Signing Day eve surprise. The three-star athlete injured his knee his senior season, losing interest from major programs after gaining 67 Division 1 offers.