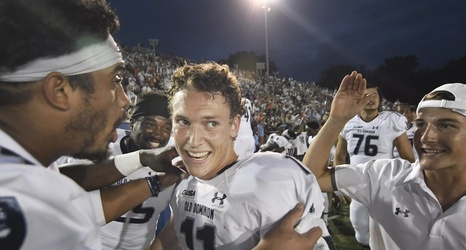 Incumbent quarterback Blake LaRussa will not be on the roster once ODU opens their season against Norfolk State next August.

LaRussa is set to graduate early and transfer to a seminary school after leading the Monarchs to a win over Virginia Tech and starting eight games in 2018.

The 5’10” junior completed 63.4% of his passes this year for a total of 3,015 yards and 19 touchdowns. LaRussa played in 11 games this season, earning him Conference USA All-Conference honorable mention accolades.