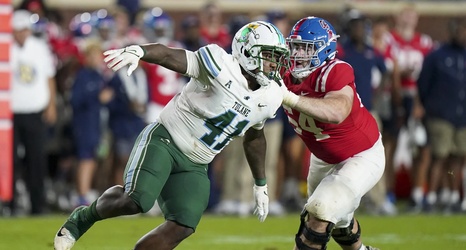 After nearly two hours of weather delay, the Green Wave and the Rebels were finally able to renew their SEC rivalry of old on Saturday night in Oxford. Willie Fritz’s Tulane team (1-2) was coming in hot off a beatdown of Morgan State while Lane Kiffin’s Ole Miss squad (3-0) was riding high off an FCS win of their own. It was a question of whose momentum would best carry over.

Early on the answer became apparent that it was that of Ole Miss. On their opening drive, the Rebels carved through the Wave defense on an 11-play, 75-yard excursion that resulted in a 19-yard scoring run by running back Henry Parish Jr.