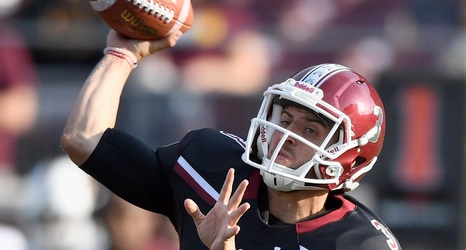 Summer is almost halfway over, which means that football is right around the corner! What better way to get prepared than with some position previews?

So lets get down to business and start with the position that had its ups and downs last year, quarterback.

Nobody really knew what to expect coming into last year, because the Aggies had to replace their number two career passing leader Tyler Rogers, but optimism was high with the addition of JUCO Matt Romero.

Coming off the first bowl appearance and win since 1960, ESPN2 was in town and Aggie Memorial was electric in welcoming Wyoming to Las Cruces.