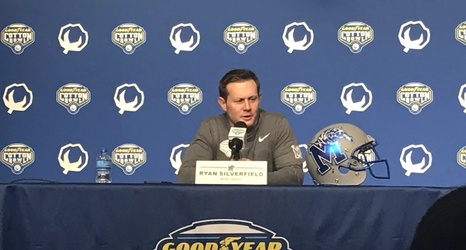 Memphis and Penn State produced two of the best seasons in the 2019 college football campaign, combining for 22 wins entering one of the sport’s six prestigious bowls. However, some of the engineers that helped construct these successful runs won’t be present for the culmination of it all in the 2019 Goodyear Cotton Bowl.

On the day Memphis won the American Conference throne and earned a Cotton Bowl bid, it was announced that head coach Mike Norvell would leave for Florida State. Norvell becomes the first coach to change programs after earning a New Year’s Six bowl since Scott Frost in 2017, who completed a rare and impressive move by settling into Nebraska while coaching UCF to a victory in that season’s Chick-fil-A Peach Bowl.