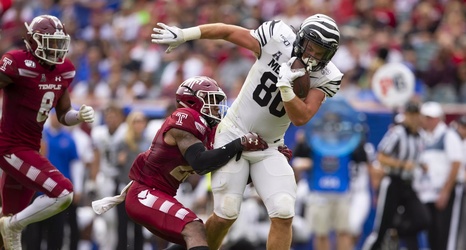 For once, there is minimal controversy heading into the College Football Playoff. Undefeated LSU continues to soar above the nation’s elite teams week after week, Ohio State dominates each opponent with the highest scoring margin over FBS teams, and Clemson throttles its challengers by at least four touchdowns in nearly every contest. For the fourth spot, Oklahoma was the practical choice as the nation’s lone 1-loss Power 5 team.

But what if there were four undefeated teams? That was the scenario last season with Alabama, Clemson, Notre Dame, and UCF attaining regular season perfection, and it was nearly the case this season.