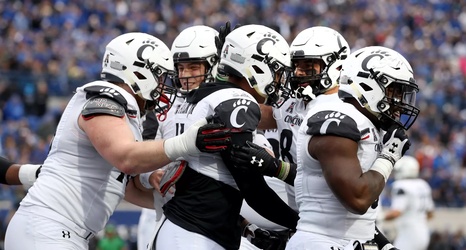 Memphis jumped Cincinnati by returning the opening kick for a touchdown. After building a 17-3 lead they played cat and mouse. Cincinnati would catch up, then Memphis would pull away. Eventually, Memphis pulled away, and Cincinnati ran out of time. It was an excellent game.

The best part? They’ll do it again next week, in the Liberty Bowl again.

No matter who wins that game, the AAC Champion should represent the Group of 5 in the New Year’s Six. This season, that will be the Cotton Bowl game.

Is this stance disrespectful to Boise State and Appalachian State?