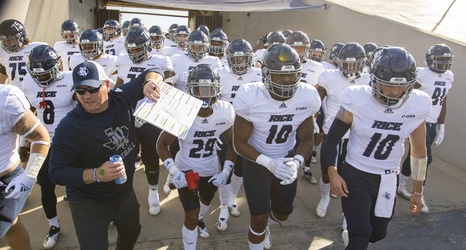 The aura at the Los Angeles Memorial Coliseum just feels different this time around. USC completed perhaps the most impressive coaching hire of the past decade, snagging Lincoln Riley from his perennial College Football Playoff contender in Oklahoma to Pac-12 territory. Riley’s entrance concocted a palpable hype among Trojan faithful, hoping the new coach can resurrect the program to the prestige it enjoyed in the mid-2000s.

On the other sideline is a coach well-familiar with the California weather. Rice head coach Mike Bloomgren traveled to the Coliseum many times as a Stanford assistant from 2011-17, and after defeating USC on five occasions at his former stomping grounds, he looks to replicate that feat with a Rice squad labeled with heavy underdog status.