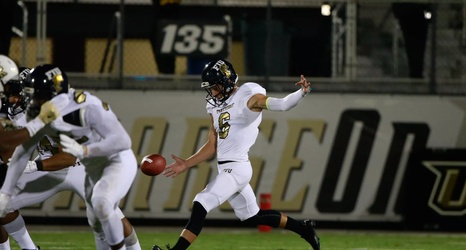 Being under the radar is nothing new for FIU punter Stone Wilson.

He hails from tiny Nokomis, Florida, which boasts a population of 3,400 people. Wilson was a two-star recruit out of IMG Academy in Bradenton, Florida, before making his way to Miami.

In his time at FIU, he managed to etch his name in the Panther record books.

The 5-10, 185-pound specialist is among the Panthers’ all-time leaders in punting yards and set the program mark for punting yards (423), this season against the Miami Hurricanes.

Now, entering April’s NFL draft, Wilson is one of the top punting prospects in the nation.