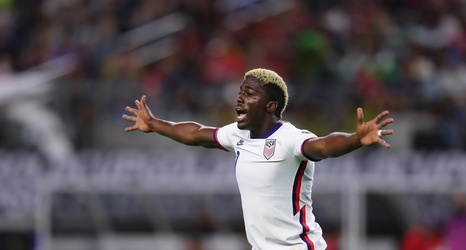 The United States Men’s National Team earned its first home win of the 2022 FIFA World Cup qualifying cycle with a 2-0 victory against Jamaica at Q2 Stadium in Austin. The Americans' first game of the October window was the Ricardo Pepi show with the 18-year-old FC Dallas phenom scoring both goals in the second half. Columbus Crew striker Gyasi Zardes came on for Pepi in the 68th minute to play out the rest of the match.

The USMNT entered Thursday night’s match against the Reggae Boyz with five points in the CONCACAF octagonal group.