The Crew’s Darlington Nagbe is MLS’s most consistent, quietest superstar 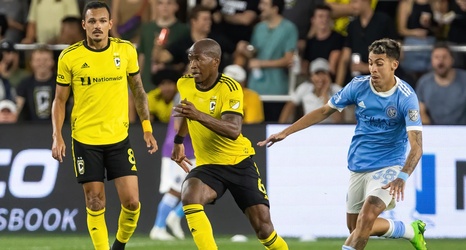 Soccer stadiums are loud, really loud sometimes. Saturday was a good example of that when the Columbus Crew beat New York City FC 3-2. After going down early, equalizing, going up, City equalizing and the Black & Gold scoring a match-winner, Lower.com Field was a sea of sound. Sports has a great way of creating those types of moments.

It’s those that take the final shot creating the moments that grab the collective attention. For Columbus, midfielder Lucas Zelarayán and new forward Cucho Hernández are the creators of decibels of late. What doesn’t trigger “Ooos” and “ahhs” is possession and consistent passing and the Crew has the best player in the league for both in midfielder Darlington Nagbe.