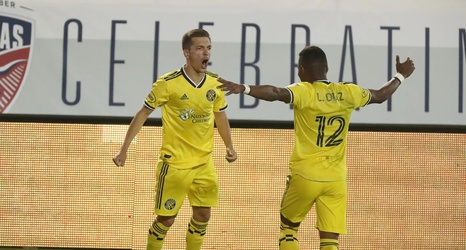 Despite a run of shaky performances, the Columbus Crew find itself in a position to challenge for the biggest prize in Major League Soccer, the MLS Cup. Following both a Sunday 3-1 win against New York City FC and Atlanta United FC’s 1-0 loss to Toronto FC, the Crew officially booked a spot in the 2020 MLS Cup playoffs.

Sunday’s playoff-clinching victory was the Crew’s first win since Sept. 23, a 2-1 home win against Minnesota United. The 10th win of the season secured the postseason berth for the first time since 2018 when Gregg Berhalter was last in charge.