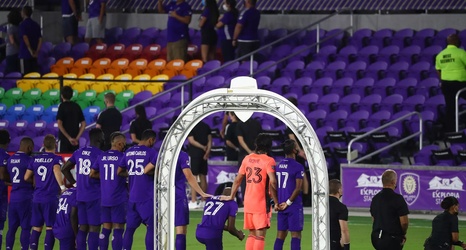 Add another game to the Columbus Crew’s schedule. The Black & Gold, in conjunction with Major League Soccer, announced on Wednesday that the team’s match against Orlando City SC, originally set to be played on Sunday, Oct. 11, will now take place on Wednesday, Nov. 4.

The match is scheduled to kick off at 7:30 p.m. ET from Exploria Stadium in Orlando. The game will be televised on FOX Sports Ohio and can be streamed on the FOX Sports GO app. Crew fans can also listen to the game locally in English on 97.