James Igbekeme has been a spark for the Crew, earning trust of his teammates 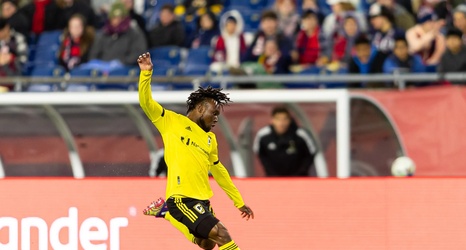 On Jan 28, the Columbus Crew made one of the team’s offseason additions, signing central midfielder James Igbekeme to a 2022 season loan. At the time, the signing looked like a way to fill out the Black & Gold’s midfield depth. At that point, midfielder Artur’s return from a 2021 hip injury was still up in the air.

Even so, at the time of signing, Igbekeme’s addition was a blip on the radar of the preseason. His announcement came 18 days after the Crew introduced winger Yaw Yeboah to fill the boots of Pedro Santos, who moved to the fullback position.