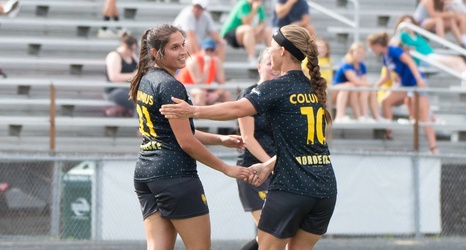 On Saturday, the Columbus Eagles start a stretch of matches that is hard to fathom for those new to the Women’s Premier Soccer League. Over the next three weekends, the Eagles play six matches, at least one game every weekend for the remainder of June. To start this stretch, Columbus plays two of the best teams in the Midwestern Conference in the Cincinnati Sirens and Lady Victory FC.

Columbus’ indoor victory against the Sirens in March looks more and more like a distant memory. The Eagles won 19-2 against a Cincinnati lineup that wasn’t at full strength. There are big differences between the indoor and outdoor games, and the Sirens are a good example of it.