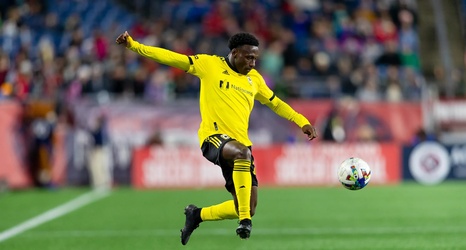 On Saturday, the Columbus Crew had a dilemma. Starting right fullback Steven Moreira missed the match due to a thigh injury and the player behind him depth chart, Marlon Hairston, was named to the starting 11 but never made it to the kickoff, as a late scartch due to hamstring tightness. Winger Derrick Etienne Jr. took the defensive position after not playing it since March 20, 2021. Etienne assisted on both Black & Gold goals in a 2-1 win against the New England Revolution, playing strong defensively.

Due to his play over the weekend, was named to the bench of the MLS Team of the Week on Monday.