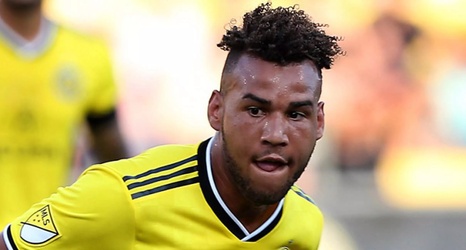 JJ Williams, Columbus Crew SC’s 2019 MLS SuperDraft selection out of Kentucky has been waived per a statement released by the club on Thursday. Williams was a Generation Adidas signing and was selected as the 18th overall pick in the 2019 SuperDraft. His selection was one of the first moves made by the Crew’s new leadership of President and General Manager Tim Bezbatchenko and head coach Caleb Porter, after they were hired into to those roles.

“As we assessed our roster throughout this pre-season, given our depth at the forward position, we believed it would be difficult for JJ to find important and regular First Team minutes at the MLS level, which are critical for his development,” said Bezbatchenko in the relesase.