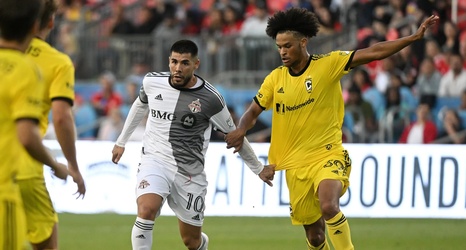 The Columbus Crew got back to winning ways on Wednesday night with a 2-1 victory on the road against Toronto FC. While the return of Lucas Zelarayan from injury was exciting for all Crew fans, the game was controlled by the young players in midfielder Sean Zawadzki and forward Jacen Russel Rowe.

Along with the play of some Homegrown talent, the Black & Gold were set up to earn win by a strong set of tactics by Caleb Porter that allowed the team to take all three points back to Columbus. The head coach once again changed things up, confusing the home side enough to get an early lead and then changed to hold on in the second half.