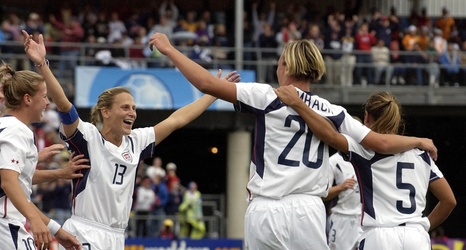 The countdown of the 15 most memorable moments in Crew Stadium history based on voting from the Massive Report staff coninutes. Join the discussion on Twitter, Facebook and Instagram using the hashtag #MRStadium.

Historic Crew Stadium is known for many United States Men’s National Team victories, including four 2-0 victories against Mexico in World Cup qualifying. For three days in September of 2003, this venue played host to an actual World Cup, and one match stood out.

Nations from Groups A and C in the 2003 FIFA Women’s World Cup played matches at the home of the Columbus Crew.