Crew Stadium Moment No. 7: The Crew defeat NYCFC in the MLS Cup playoffs in front of Precourt 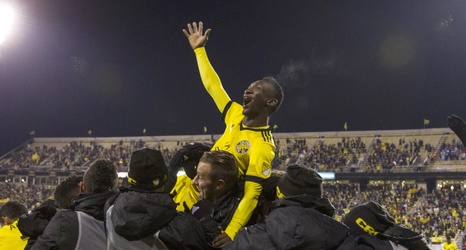 We continue our countdown of the 15 most memorable moments in Crew Stadium history based on voting from the Massive staff. Join the discussion on Twitter, Facebook and Instagram using the hashtag #MRStadium.

It was a game that took place nearly two weeks after the Columbus Crew’s former ownership group announced plans to move the team to Austin, Texas. A cloud hovered over the Crew, who finished in fifth place in the Eastern Conference with 54 points and was dealt a high-intensity fixture against second-seeded New York City FC in the first round of the MLS Cup playoffs.