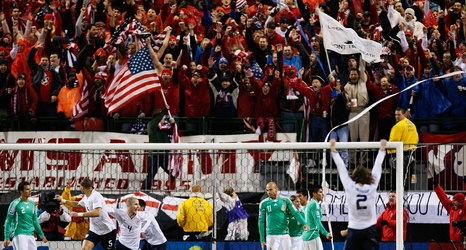 We continue our countdown of the 15 most memorable moments in Crew Stadium history based on voting from the Massive staff. Join the discussion on Twitter, Facebook and Instagram using the hashtag #MRStadium.

If you ask a United States Men’s National Team fan the first thing that pops into their head when they think of the Mexican Men’s National Team, they more than likely will smile and simply say “Dos a Cero.” In fact, you would be hard pressed to find a USMNT supporter who answers anything but the latter. There is no denying the impact that scoreline and phrase has had on the rivalry between the U.