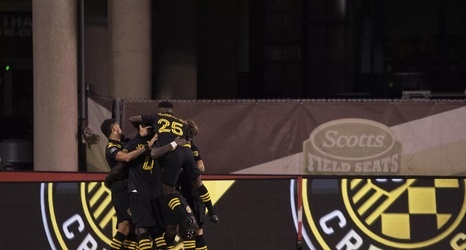 The Columbus Crew has finished the push to make the MLS Cup playoffs. The team’s 3-1 win Sunday night against New York City FC coupled with Toronto FC’s 1-0 victory over Atlanta United was enough to put that “x” next to their name on the league’s table. But the job isn’t finished. Even with the postseason secured, that isn’t close to enough for a team that has made it clear that it has bigger goals.

After Decision Day on Nov. 8, the playoffs will begin with its expanded format. If the season were to end today, the Black & Gold would hold the three seed and host the quarterfinal match but wouldn’t be guaranteed to host a game against either of the top-two seeds, which currently stand as Toronto FC and the Philadelphia Union.