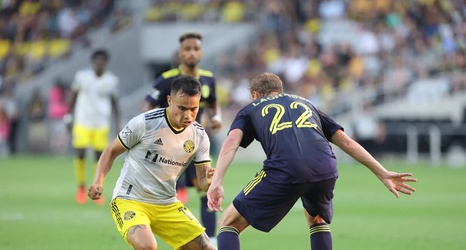 Despite a putting the goal under siege, the Columbus Crew were held scoreless and drew with Nashville SC 0-0 in their first meeting of the season. The Crew are now on a five game unbeaten streak and have lost just one game in their last nine, despite their ever-changing lineup. They have 21 points under their belt.

Nashville came out swinging early, knocking on the door in the first minute with three set pieces in the first four minutes. One of which was a deflected free kick that Room only just sent wide at full extension.