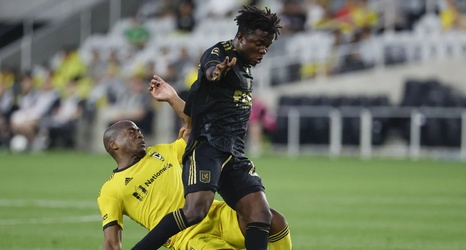 Leading into Saturday’s Columbus Crew match, there was excitement for the first doubleheader in Black & Gold history. What was originally a 3:30 p.m. ET kickoff for the Black & Gold senior team and 7:00 p.m. ET kick for Crew 2, Columbus’ MLS NEXT Pro development league team, was aggressively changed by mother nature. After a 3-hour storm delay, and an additional hour after 2:34, the Crew kicked off their first match against Los Angeles Football Club at Lower.Com field. It was a match as disappointing as the weather, with LAFC winning 2-0.

Before the two four and 34 minutes delay, and directly after, the Black & Gold found promising link-up play between midfielder Lucas Zelarayàn and Steven Moreira.