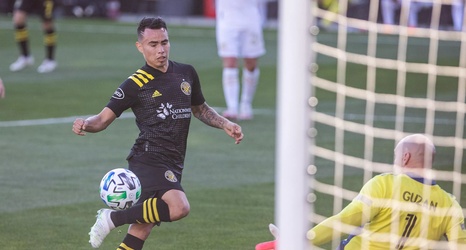 The Columbus Crew may not have ended the Major League Soccer regular season on the best run of form, but needing a win on the final day of the year to ensure a home game in the MLS Cup playoffs, the Black & Gold got just that. Courtesy of attackers Lucas Zelarayan and Gyasi Zardes, Columbus earned a 2-1 victory against Atlanta United at MAPFRE Stadium on Sunday afternoon.

After an evenly played first 10 minutes of the game, there was a penalty kick shout when the Crew’s Harrison Afful and Atlanta’s Marcelino Moreno collided during a footrace into Columbus’ penalty area in the 14th minute.