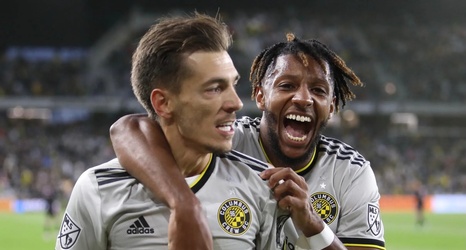 The Columbus Crew was utterly dominant in a 4-0 victory against Inter Miami at Lower.com Field to keep its MLS Cup playoff hopes afloat. The win is the biggest this season for the Black & Gold thanks to a Gyasi Zardes brace and three-goal contributions for Pedro Santos (one goal, two assists). The Crew extend its lead above Miami in the table and extend its home winning streak to five straight.

Head coach Caleb Porter’s lineup saw the return of goalkeeper Eloy Room who had missed the last month due to injury. The team had another change with Darlington Nagbe wearing the captain’s armband with Jonathan Mensah out due to health and safety protocols.