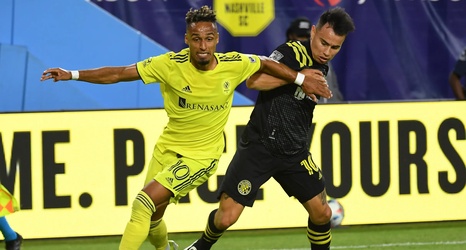 The Columbus Crew took a point home from their matchup with Nashville SC after second half goals from both teams in a gritty defensive matchup. Lead by assistant coach Ezra Hendrickson, after Caleb Porter was ruled out due to MLS Health and Safety protocols, the Black & Gold struggled to find offense on a night heavy with playoff implications.

Nashville saw most of the ball in the opening minutes, but struggled to turn time on the ball into chances. The Crew struggled on the fast playing turf to break out of the defensive end, often turning over the ball over and giving possession back to the home side.