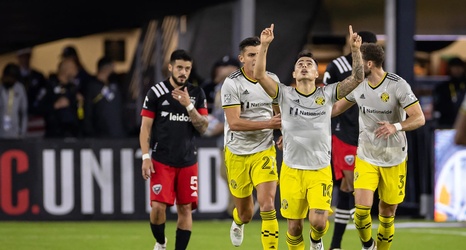 The Columbus Crew needed a win to keep their season going tonight. They got it in an emphatic 3-1 win against D.C. United at Audi Field. Behind two Lucas Zelarayan goals and a Pedro Santos breakaway, the Black & Gold took all three points and go into the next week with playoff hope.

United opened the scoring early with a beautiful ball over the top of the defense by Felipe from midfield. Paul Arriola ran into space, outrunning Josh Williams into the penalty area. He took a first time left footed shot off the bounce past Eloy Room and into the side netting to give the home side a 3rd minute 1-0 lead.