What are you doing with the time you would have spent watching the Jackets in the playoffs? 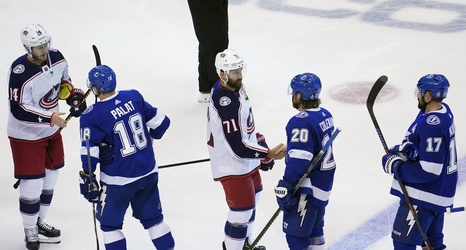 Since 2017, the Blue Jackets have been dependable first-round staples of the Stanley Cup playoffs. That means for the last four summers, we’ve all devoted a fairly decent chunk of time to post-season playoff hockey - but not this year! This summer, we’ve earned a well-deserved break from watching the Jackets flounder through a shallow playoff run after a pretty painful and abbreviated regular season.

So... what’s everyone doing with their extra free time?

I don’t closely follow any other NHL teams - sure, I'm on Hockey Twitter and I know when exciting stuff happens, and if I had to pick a team, I’d pick whoever MrSwift13 is rooting for, but I haven’t been watching games.