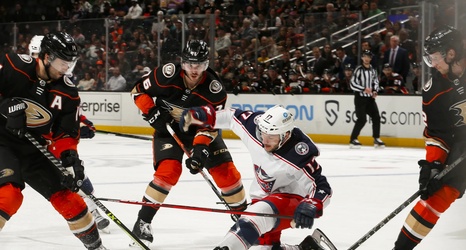 The Columbus Blue Jackets hit the ice on the second night of a back to back as they visited the Anaheim Ducks on Easter Sunday. After their loss to the Los Angeles Kings, the team announced two line up changes - Patrik Laine would miss the game with an upper body injury, and Elvis Merzlikins finally earned a night off.

#CBJ lines in warmups with Laine out (upper body, day to day).

Brendan Gaunce entered the lineup in favor of Laine.